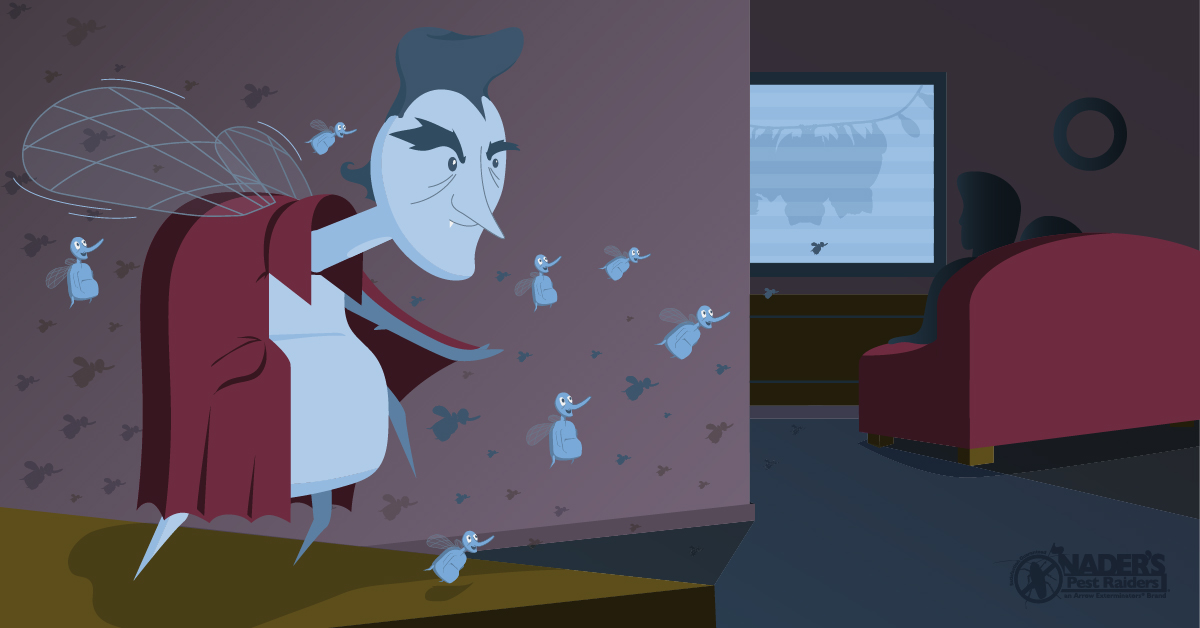 Vampires are one of the spookiest monsters around. They lurk in the dark, live forever and feed on human blood. Yikes! Good thing they aren’t real ... right? As it turns out, vampires don’t exist, but vampire bugs do. These bloodsucking creepy-crawlers are just as fear-inducing as the fabled monsters, especially considering that their bites could mean itchy, swollen skin — and worse, disease or infection. Talk about scary. To learn more about the most common bloodsucking bugs, read on (if you dare).

Kissing bugs sound like they’d be sweet, little lovebugs, but they couldn’t be further from romantic. Found in warm, southern states, they live beneath porches, in wooded areas and between the cracks of older homes. Just like vampires, they prefer to attack at night, biting and sucking blood from the victim's face. But this isn’t what makes them so vile — it’s what comes after they feed. They’ve been known to defecate near the bite area, spreading their feces and potentially causing an infection that leads to Chagas disease.

Most people are familiar with these flying pests. They favor warm temps near lots of grass and still bodies of water, but are happy to bzzz around wherever they can find a host. Speaking of hosts, these bugs can sniff carbon dioxide and skin odor from up to 30 feet away, attacking humans and animals alike. Instead of just swatting these fellas — err, ladies (only female mosquitoes need blood) — away, reach for a repellant, too. They’re known to spread malaria, yellow fever and Zika in addition to leaving you with itchy red bumps, so you’ll want to be sure they’re not getting anywhere near you.

The bad news is that ticks can be found all over the world. The semi-good news is that only a few kinds bite humans. The American Dog tick, the Lone Star tick and the most common in the U.S., the Brown Dog tick, are all vampires to look out for. They tend to favor dogs and other furry mammals, but will feed on humans if available, spreading Lyme disease and Rocky Mountain spotted fever. To avoid these pests, cover as much of your skin as possible when in grassy, wooded areas, always check clothing and pets and shower as soon as you get indoors.

These super-suckers are a pest to pets, but have no problem switching to humans when they’re thirsty. They travel from host to host by jumping (they can jump 150 times their own height), and by catching a ride on shoes, clothes and upholstery. Their bites can lead to red, itchy and flaky skin for both you and your pet. More seriously, they can cause tapeworms in your furry friends and spread flea-borne typhus through their feces. To avoid a flea attack, make sure your pet has proper flea treatment and check around your home for potential infestation sites.

Give Us a Call

Feeling all spooked by these bloodsucking pests? Not to fear — Nader's is here! If you spot any of these villainous vampires around your home, give us a call today.